1956 | Alexandria, World Health Organization, Regional Office for the Eastern Mediterranean
Document No.: EM/RC6A/R.8
Type of Publication: Regional Committee resolutions RC Resolution Fulltext
The Sub-Committee,
Having studied the document submitted by the Regional Director on Malaria Eradication including the resolution passed by the Ninth
World Health Assembly and the conclusions of the Athens Inter-Regional Malaria Conference and the Advisory Meeting on Malaria Eradication;
Realizing that malaria is still a major health problem in the Region in spite of the intensification and expansion of existing malaria control programmes in various countries;
Being convinced that malaria eradication programmes are to be looked upon as capital investment effecting ultimate economy in expenditure;
Recognizing that the potential danger of the development of resistance to modern insecticides by the anopheline vector species might ultimately Jeopardize the successful issue of malaria eradication programmes if these are unduly prolonged or ineffectively implemented.
Noting with satisfaction the interest and the active steps taken by many countries in the Region for implementing malaria eradication programmes and emphasizing the leadership of WHO in co-ordinating these activities between neighbouring countries;
Recognizing further that delays in implementing such programmes are sometimes attributable to lack of co-ordination between the interested international agencies and to the existence of financial and administrative difficulties within government administrations,
1. CALLS UPON the Governments of Member States within the Region in which such programmes are feasible, to intensify their malaria control programmes in such a way to meet the requisites of malaria eradication procedures so that eradication may be achieved as early as possible with ultimate economy in expenditure;
2. RECOWENDS that UNICEF, WHO and other International Agencies coordinate their activities and give full support to the development of anti-malaria programmes having as their objectives the ultimate eradication of the disease;
3. RECOMMENDS FURTHER that Member States implementing malaria eradication programmes draw up long-term plans and provide adequate funds as well as appropriate legislative regulations for the re-orientation of the existing administrative and financial patterns of the malaria eradication organizations to provide these with full administrative and financial powers to ensure maximum operational efficiency necessary for reaching the goal of eradication. 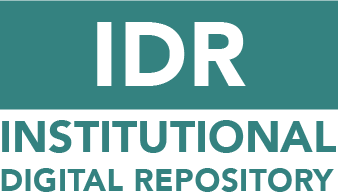